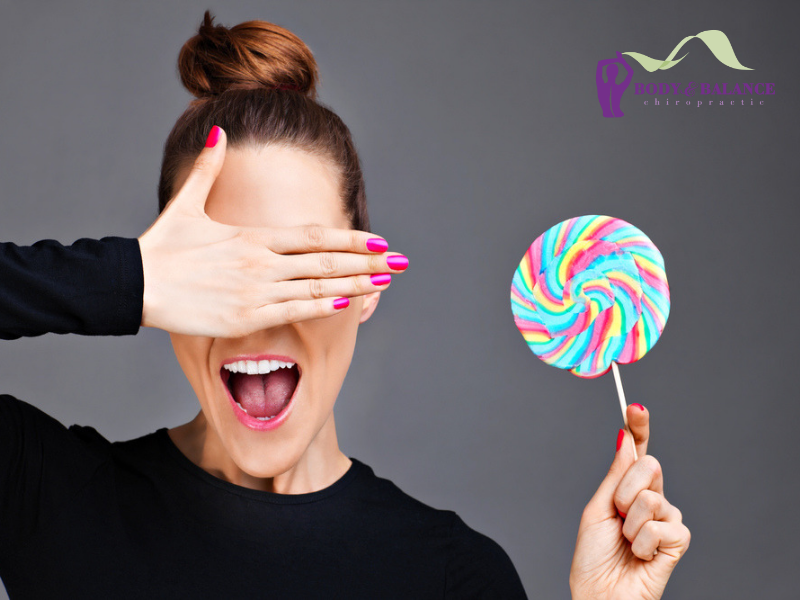 When choosing to live the wellness lifestyle, everyone knows that one of the first changes to make is eliminating sugar from your diet. Obviously, this means no pastries, cookies, cake, candy, soft drinks, etc. Everyone knows that these items are high in sugar and need to be avoided. This seems so easy. But what if it’s not that simple? What if there’s more to eliminating sugar from your diet than just not eating junk food?

It is suggested that sugar consumption should be limited to 5% of your caloric intake. For a 2,000-calorie diet that would be about 25 grams. This would be around 6 teaspoons of sugar per day or 20 pounds per year. The United States Department of Agriculture reports that the average American consumes around 150 pounds per year. This is the equivalent of about 3 pounds or 6 cups of sugar each week!

If you told the average person that they were consuming more than 5 times the recommended amount of sugar each day, they would probably deny it. If they don’t start their day with donuts and end it with dessert, they aren’t going to believe that they’re consuming over 125 grams of sugar each day.

The reason this number is so high? Sugar is added to foods that we wouldn’t expect and naturally occurs in foods that we’ve been told are healthy and nutritious.

Let’s start with vegetables. Yes, vegetables contain sugar. Even spinach, which we know is the healthiest vegetable, a powerhouse of nutrition, and highly recommended to be consumed daily. A serving of 1-cup of raw spinach contains 1 gram of sugar. On the opposite end of that spectrum, butternut squash. One serving, 1-cup of cooked butternut squash contains 21.5 grams of sugar. One serving of a starchy vegetable will equal almost all of your daily recommended consumption of sugar.

If you think peas or corn are a great “vegetable” for your family, that would be a mistake. Sweet peas are a legume and corn a grain, neither of which are a healthy choice or a vegetable, and a cup of those queals over 10 grams and 20 grams respectively.

It is expected that some foods will naturally contain sugar, and everyone knows that junk foods contain sugar, but what about the foods with hidden added sugar? For example, yogurt, spaghetti sauce, instant oatmeal, breakfast cereals, diary-free milk substitutes, dried fruit, granola bars and canned soup are just the tip of the iceberg.

While this list touched on dairy-free milk substitutes like almond and cashew milk, it didn’t mention other bottled drinks with added sugar, such as, flavored coffees, iced tea, vitamin water, smoothies, liquid meal-replacements, and sports/energy drinks.

No one is going to be surprised to find out that fruit contains sugar; but what may surprise them is the amount. One cup of chopped figs contains 29.3 grams and 1 cup of pomegranate is 23.8 grams. One cup of mango pieces is 22.5 grams and a cup of tangerines is 20.6. Grapes, considered one of the sweetest fruits, is only 15 grams per 1 cup but that’s still over half of the recommended daily consumption of sugar in 1 serving of fruit. One cup of chopped apples or peach slices is about 13 grams. Again, starchy vegetables are going to be higher in sugar than non-starchy and the lactose in milk and cheese are also considered sugars. It’s important to be aware of the hidden natural sugars in some foods.

First, sugar is an inflammatory agent. Several studies have shown that added sugar leads to obesity, insulin resistance, increased gut permeability (meaning that bacteria, toxins and undigested food particles can easily move out of the gut and into the bloodstream) and low-grade inflammation. A study of 29 healthy people found that those consuming only 1 can of soda per day (40g of sugar) had an increase in many of the above including LDL cholesterol.

Additionally, sugar is dangerous for those fighting any kinds of cancer. While the research is a little sparse, the fact is sugar feeds cells: good cells, bad cells and cancer cells. Many may argue that sugar doesn’t feed them any more than anything else, the real danger lies in causing more harm to a body already fighting cancer. Whether or not sugar is actually “feeding the cancer”, the truth is that it raises the body’s acidity, which doesn’t help fight cancer, and suppresses a key immune response known as phagocytosis, basically the weapon the body uses to fight cancer.

A broad study conducted in 21 countries in Europe, North America and Asia concluded that sugar intake is a strong risk factor contributing to higher breast cancer rates, particularly in older women. There was also a four-year study at the National Institute of Public Health and Environmental Protection in the Netherlands that compared 111 biliary tract cancer patients and sugar intake was associated with more than double the cancer risk. Finally, obesity is a known cause of cancer and clearly excessive sugar intake is a factor.

It’s not news that alternative sweeteners are bad; being mostly chemicals, they are the equivalent of adding drugs to your morning coffee. The real danger seems to be the natural sugar alternatives that are being touted as all-natural and non-genetically modified. There are a lot of these on the market now: coconut sugar, agave nectar, honey, etc. Where does the problem lie with these options? They are created in nature. They haven’t been processed, messed with, chemically altered or created, so what’s the problem?

The body doesn’t know any different. For those that struggle with diabetes, the blood sugar will be affected the exact same way. For those that aren’t diabetic, the body still has to deal with these sugars. Regardless of whether they are created or natural, sugar is still sugar and the body will still have to consume it, digest it and deal with it.

In the 1920s and 30s, sugar consumption was a fraction of what it is now, however, sugar production was as well. In the mid-1600s, when the Western European sugar industry really took off, the average person did not consume sugar-laden foods on a regular basis. It wasn’t until the mid to late 1900s that it became a dietary staple and it wasn’t until the early 2000s that 50% of Americans consumed approximately 227 grams of sugar each day.

Why the massive increase? The mass production of processed foods. In 1790, 95% of American families lived in rural areas. In 1900, 40% of Americans lived in cities. In 1955, the first McDonald’s opened in Des Plaines, Illinois. Fast food franchises, pizza parlors, pastry snacks, processed meats, etc. are all part of the problem.

What Can We Do?

Awareness is key. Just like with any other issue we face, admitting there is a problem is half the battle. Start looking for sugar hidden in your diet and stop consuming it.

In his book, The Plant Paradox, Steven Gundry, MD discusses the hidden dangers of “healthy foods” that cause disease and weight gain. Clearly, sugar is a hidden danger and he addresses this in his book. Providing six alternatives to sugar he suggests stevia extract, monk fruit, yacon syrup, chicory root, erythritol and fructooligosaccharides. For those struggling with their health, dietary options and overall eating related health issues, this book is highly recommended.

The Paelo lifestyle or a Mediterranean Diet are also eating plans that will be easy to follow with the least amount of sugar consumption. There are websites that will help explain these healthier dietary choices and encouragement available through online forums. The most important step is to make wellness lifestyle changes. Be sure to ask your Family Wellness Chiropractor for suggestions that will help your family successfully avoid camouflaged sugars.