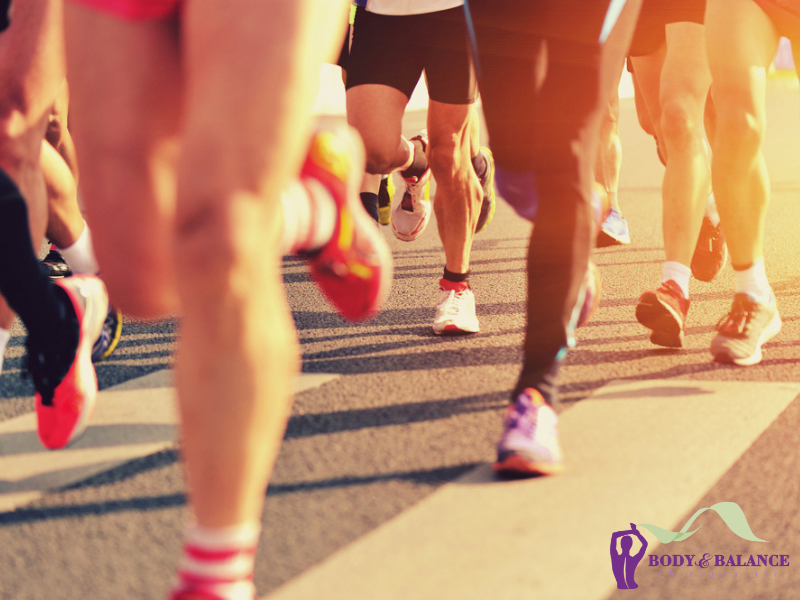 The Western diet and sedentary lifestyle have resulted in a lack of fitness among those who do not make a concerted effort. Yet, many times those efforts prove unsuccessful because they are not sustainable lifestyle changes. For this reason, there is a huge difference between sports mania and actual fitness.

What is Sports Mania?


We should first define the word mania. While it can mean “an excessive enthusiasm or desire; an obsession” it can also mean “mental illness marked by periods of great excitement and overactivity.”

Oftentimes the recognition that we are lacking in fitness causes an extreme shift. We go from being completely sedentary to overly active. We jump into a new fitness craze with both feet and go completely overboard. This is what could be considered sports mania. The severe overcorrection that can lead to a drastic uptick in activity, a radical shift that cannot be sustained for a long period of time.

Fitness is defined as “health” but also “capability of the body to distribute inhaled oxygen to muscle tissue during increased physical effort”. In other words, true fitness is wellness and the ability to stay well during extreme exertion. To an extent, we could also use the word “stamina” in this instance and still be accurate.

Fitness isn’t something that can be achieved overnight, it requires making a concerted effort to fuel our bodies right and then burn that fuel reasonably, sensibly, and responsibly.

The Dangers of Sports Mania

Many times, sports mania is the result of an overreaction to a fitness dilemma. A healthcare professional gives us a dire warning about our health and we overreact. While exercise is wise and, when done properly, is good for us; that overreaction will result in manic sport involvement which may result in injuries.

Primary care physicians are always encouraging their patients to be more active and develop an exercise routine or regimen, which is clearly good advice. This has created a rise in popularity of endurance events and gym-based fitness classes that, while beneficial, can be dangerous. The danger lies in moving too quickly from a sedentary existence to an extremely physical one.

In 1989, classes involving high-intensity stationary cycling or “spinning” were introduced in California and over the next 10 years became incredibly popular. This form of exercise helps burn calories while building cardiovascular endurance, but not all are ready for it. There are reported cases of previously healthy adults developing rhabdomyolysis after spin classes. Rhabdomyolysis is the result of damage to the striated muscle cell membranes which releases calcium, potassium, phosphate, urate myglobin and other minerals into the blood which can cause further muscle damage resulting in acute renal failure.

This same injury has also reportedly occurred during other high-intensity workouts such as P90X and CrossFit. Programs that involve overtraining are rarely sustainable and may be dangerous for those that are not prepared for the rigorous training.

Of course, this is obviously the more dramatic risk involved in sports mania, but joint damage, soft tissue injuries and other physical injuries are not uncommon when the body is not prepared to drastically change from sedentary to active.

We’ve all read the reports that childhood obesity and thus pediatric type-2 diabetes diagnosis are on the rise. It’s also true that children need to spend less time in front of a screen and more time outside playing. What they don’t need, is to be over-scheduled to the point of physical and mental exhaustion.

Just as sports mania has its risks for adults, doctors have begun to see a significant increase in sports-related overuse injuries in children in the past several years. Overuse injuries occur gradually over time, but the danger arises when children aren’t given time for those injuries to heal properly.

Overuse injuries occur in a wide range of sports, but some are more specific. For instance, throwing injuries will typically affect the elbow and shoulder but shoulder injuries are also prevalent in swimmers. Because children’s bones are still growing these injuries may have future consequences.

“Any sport can produce an overuse injury,” explained Dr. Cynthia LaBella, medical direction of the Institute for Sports Medicine at Children’s MEmorial Hospital in Chicago. “Overuse injuries are increasing for a couple of reasons. Sports are much more competitive at an earlier age, and many children are playing one sport year-round now. They’re not getting enough time off for their bodies to recover. Or, they might be playing three sports at once, and what that amounts to is that they never get a day off.”

The safest fitness regimen is going to be the European model, where getting outside and walking, hiking or biking is routine. In the European Union, almost half of the adult population spends at least 2.5 hours per week of their leisure time doing physical activities, which is the minimum level of physical activity recommended by the World Health Organization.

Fitness is achieved when the body is fueled properly and then used properly for a reasonable amount of time. Going for a 30 to 45 minutes walk at least three times a week will have clear results: better health, increased stamina, improved sleep and even enhanced cognitive thinking and acuity.

This is not meant to say that participating in sports is bad for you or your child’s health but, as in all things, moderation is key. Whether the sport itself is extreme (high-risk skateboarding or snowboarding) or the time spent at the sport is extreme (3 to 5 games a week or frequent participation), anything done in excess is not only not safe but also not beneficial. Again, follow the European model: they don’t do extremes.

Dr. Michael Kelly, chairman of the department of orthopedic surgery at Hackensack University Medical Center in New Jersey, said that while it’s a lot healthier for the body to “cross train” with different sports, many kids today focus on just one sport. In the past, children played football and then when that season was over they might play basketball or softball. This allowed the body to get a break and avoid repetitive injuries.

Because they’re still growing, children are more susceptible to repetitive injuries. Sports mania is resulting in more surgeries being performed on the pediatric population including repairing of ACL tears and meniscus tears, a surgery normally performed on adults in their 60’s and 70’s.

The issue of sports mania vs fitness has its foundation in our culture of extremes. When we consider what fitness was back in the 50’s and 60’s, the past 50 years have not done us any favors. We are not healthier as a society. We’ve gone into so many different extremes and the result is increased injuries and a lack of wellness.

From a chiropractic perspective, these extremes are damaging joints and resulting in overuse injuries that have not been seen in the past. Children are requiring surgeries that used to be associated with old age. What does this mean for adults 20 or 30 years from now? Someone in their 50’s may be experiencing a lack of mobility and function that is typical for someone in their 80’s. Decisions made in their childhood and early adulthood may have consequences affecting the rest of their lives; lost mobility for the back half of their life.

If you genuinely want to make a change to a more wellness lifestyle that includes better nutrition and physical activity, then be sure to ask Dr. Elyssa for recommendations. She can suggest ways for you to gradually move from sedentary to active and avoid the dangers of “extremes.”