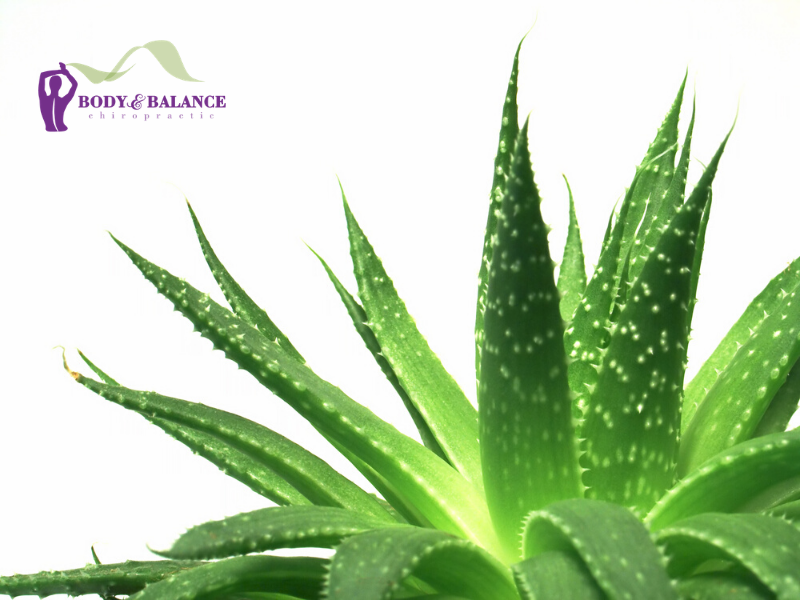 A few decades ago, products began to spring up on grocers’ shelves advertising, “Now includes aloe vera”. It became a kind of “branding shorthand” to tell the consumer that this product would be gentler on the skin; some may have even thought that it would improve skin conditions. Everything from baby wipes and shampoo to toilet paper were suddenly touting its inclusion of this miracle gel. Yet, was it just a marketing ploy? After all, aloe vera has been used for thousands of years to heal wounds and treat burns, and current research says it can do much more.

What is Aloe Vera?

Aloe vera is a cactus-like succulent plant that is generally native to Africa. There are actually over 250 different species of aloes in the world but the most commonly known is the aloe barbadensis or, as we know it, aloe vera.

This plant contains in its leaves a thick gooey substance called mucilaginous juice. The aloe vera mucilage is a thick, sticky substance that has been known to contain many healing properties.

What are the benefits?

Aloe vera’s mucilage is an extremely thick gel so it will quickly adhere to and dry over a cut, acting as a natural bandage. For this same reason, and due to its anti- inflammatory properties, it quickly soothes all types of burns, from accidents in the kitchen to sunburns. These are the commonly known uses for the aloe vera plant’s gel, but there are several other benefits.

For instance, aloe vera gel can bring quick relief to mosquito or similar insect bites due to its being a natural cooling agent and anti-inflammatory. Also, the symptoms of some skin conditions, such as eczema and psoriasis, can be relieved with aloe vera gel. Generally, any type of dry skin condition will benefit.

The gel has also been used orally in dentistry for relief following periodontal surgery and, after an extraction, aloe vera has been reported to help protect against dry socket. Mouth lesions may also be improved and aloe vera may bring relief from swelling caused by dentures, trauma from dental work, irritation from brushing, as well as toothpick or dental floss injuries.

Additional health benefits may include heartburn relief, lower blood pressure as well as slowed breast cancer growth as aloe vera can also be ingested. It has even been used for over 50 years as a natural laxative. A lesser known benefit is relief from digestion issues such as irritable bowel syndrome, ulcerative colitis, stomach ulcers and esophageal damage. Of course, it’s important to consult with a healthcare professional before using it internally so as to avoid improper dosing.

Why is it so beneficial?

Aloe vera stimulates the immune system. It’s a powerful anti-inflammatory, a natural analgesic and capable of speeding up cell growth due to the large number of nutrients and vitamins as well as amino and fatty acids it contains. Including over 130 active compounds, vitamins E, C, B1, 2, 3 and 6, iron, manganese, calcium and zinc, along with 24 amino acids that are beneficial to the skin, aloe vera is one of the most “nutritionally alive plants on earth”.

The Mayo Clinic points out that the mucilage (trans- parent gel) from the pulp of the leaves has been used topically for thousands of years to treat wounds, skin infections, burns and numerous other skin conditions, while the dried latex (inner lining of the leaf) has also had proven health benefits.

Can I grow one?

Although it is not actually part of the cactus family, aloe vera is similar, as a succulent and consisting of 95% water. This means the plant will not survive a cold, frosty winter. For those living in warm, desert climates, aloe vera will do just fine outside with the occasional watering, as long as it’s planted in light shade or an area where it will get some sun throughout the day.

For those living in areas where it gets cold and may frost, this plant can be grown in a pot indoors. Due to the plant’s popularity it can be purchased at almost any nursery or garden shop and can be grown indoors in the same pot provided when purchased. Placed on a windowsill or near a window that allows a fair amount of sun, this plant will flourish. It’s also okay to take it outside during the summer months.

The best pots for this plant, and likely the pot it’s purchased in, will have holes in the bottom to allow the excess water to escape. Since it is a succulent it will rot if it has too much water at the roots.

How do I care for my plant?

Much like a cactus, this plant stores a lot of water in its leaves and root system, meaning it doesn’t need frequent watering. During the winter it will actually become somewhat dormant.

When the plant is dormant, allow the soil to become completely dry before giving it a cup or two of water. During the summer months the soil should be completely soaked but then allowed to dry out before completely soaking again. Remember to make sure that the pot has a way for the excess water to drain out the bottom.

Once the plant is too big for its pot it can be repotted, but take care to use a wider pot instead of a deeper one since aloe plants have a shallow root system. If repotting isn’t really an option, be sure to remove the offshoots regularly to avoid overtaxing the mother plant. If desired, these offshoots can be replanted in their own pots.

It’s important to note that at times the leaves will turn a brown color either when they’ve been in direct sunlight too long or are over-watered. If you know it’s been in direct, bright sunlight for too long then move it to a place where it will get indirect sunlight and will be shaded part of the day. If you know it’s been over- watered then it should be put outside in the sun, if possible, to help it to dry out. It is a very hardy plant and should survive a few mishaps before finding the best place for it to grow.

What about bottled aloe vera gel?

Avoid imitators. The best aloe vera is going to come straight from the plant. If that’s not possible then go to your local whole food or health food store and find pure aloe vera. Do not go to your local corner store and purchase a bottle of “aloe vera gel” because it will be less aloe vera and more chemicals and alcohol.

Major corporations have claimed aloe vera ingredients where there are none. The Washington Post recently report- ed that Walmart, Target, Walgreens and CVS products were tested and found to contain no particles of aloe vera, despite the fact that it was part of the product name.

For example, Walmart’s Equate Aloe After Sun Gel and Target’s Up & Up Aloe Vera Gel. These are just a few examples of products that claimed to be made with aloe vera but had no traces of the gel in the product when tested. In fact, an independent company, ConsumerLab, believes that less than half of all products that claim to be aloe vera based contain any of the gel.

When purchasing any bottle of aloe vera gel be sure to read the ingredients carefully, as even those that are 99.5% aloe vera gel may include sodium benzoate and other similar preservatives. Additionally, check to ensure that the product is certified by the International Aloe Science Council which has created the standard for this industry.

As a wellness practitioner, your Family Wellness Chiropractor wants you to make the best choices when caring for your family, and the aloe vera plant can and should be in every home. It is the most natural and effective way to relieve pain from burns, to heal cuts or scrapes, and offers many other health benefits.