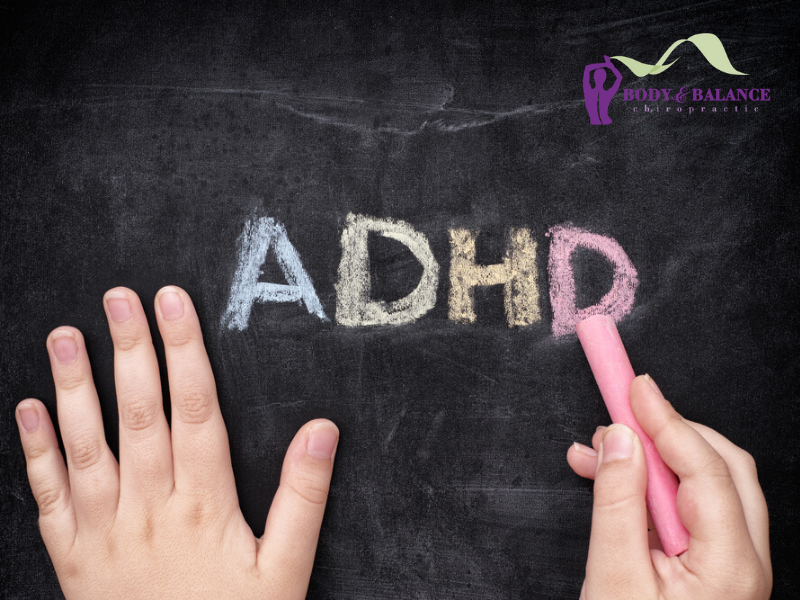 Chiropractors, pediatricians and orthopedic surgeons alike agree that backpacks are a problem for your child’s spine. While alone they may not cause major problems, overloading and improper carrying of a backpack can lead to headaches, neck, shoulder, and lower back pain.

An article published in Spine journal stated, “Of the 1,122 backpack users, 74% were classified as having back pain, validated by significantly poorer general health, more limited physical function, and more bodily pain.”

No one has yet been able to determine the exact cause of ADHD, though there has been much speculation as to the contributing factors: premature delivery, low birth weight, birth injuries, excessive television watching, diet and nutrition, smoking during pregnancy, as well as genetic and environmental links.

Much of this has to be considered pure speculation; but recent studies are proving that one particular area is adding up to be more than just conjecture.

The truth is that in today’s economy it’s almost impossible for one parent to stay home and raise children while the other earns a living; and this has led to what many are calling a “toxic food environment”.

Parents are busy, they work long hours and, when they get home, they are too tired to cook a healthy meal for their family so it’s fast food or quick-fix meals. Fresh fruits, vegetables, poultry, fish, breads and grains are not a part of the standard diet any longer. Today’s parents are just too busy, too distracted or just not aware of the dangers of this new “out of the box” diet; the greatest of which, is the excessive amounts of preservatives and artificial flavors and colors being consumed by their children.

The Trouble with Food Coloring

In an article published in The Lancet medical journal, researchers at Southampton University in England reportedly found a link between food dyes and hyper- active behavior in children. Professor Jim Stevenson and his colleagues published their results based upon the examined effects of additives on 153 three-year-olds and 144 children aged 8 and 9.

The children were divided into three groups, two of which were given one of two drinks that contained a different combination of food colorings and sodium benzoate. The third group was given a placebo that contained no food coloring or preservatives. This double-blinded, placebo- controlled study determined that artificial colors and the preservative sodium benzoate (or both) in a child’s diet results in increased hyperactivity in the children tested.

In response, Susan Jebb, nutrition scientist at Britain’s Medical Research Council added, “Such additives are most likely to be found in foods that we would like to see children eating less of – i.e. soft drinks, confectionery and so on – and so it reiterates the general healthy eating messages of encouraging healthier food choices.”

A study done at Harvard Medical School, in their neuropsychology post-graduate program, tested twenty children who had been diagnosed with ADHD. Ten were treated with Ritalin, a commonly prescribed chemical by the medical profession; the other ten were treated with dietary supplements.

The results were compared using the most popular neurological tests, including IVA/CPT and the WINKS analysis. The tests revealed that the subjects in both groups showed significant and essentially identical improvements [emphasis added].

These studies suggest that most neurological symptoms ascribed to ADHD can be attributed to: food and additive allergies; heavy metal toxicity and other environmental toxins; low protein/high-carb diets; thyroid disorders; mineral imbalances; as well as essential fatty acid, amino acid and B-Vitamin deficiencies. These studies also suggest that food supplement treatment of ADHD may be equally effective to Ritalin treatment.

In 2013, the New York Times published an article titled, “The Selling of Attention Deficit Disorder.” In this article, we find that Dr. Keith Connors, a psychologist and professor emeritus at Duke University, who led the 50- year fight to legitimize attention deficit hyperactivity disorder, is genuinely upset by the number of prescriptions being written for Ritalin and Adderall. “The numbers make it look like an epidemic. Well, it’s not. It’s preposterous,” he says. “This is a concoction to justify the giving out of medication at unprecedented and unjustifiable levels.”

The article continues, “The rise of ADHD diagnoses and prescriptions for stimulants over the years coincided with a remarkably successful two-decade campaign by pharmaceutical companies to publicize the syndrome and promote the pills to doctors, educators and parents. With the children’s market booming, the industry is now employing similar marketing techniques as it focuses on adult ADHD, which could become even more profitable.

Few dispute that classic ADHD, historically estimated to affect 5 percent of children, is a legitimate disability that impedes success at school, work and personal life. Medication often assuages the severe impulsiveness and inability to concentrate, allowing a person’s underlying drive and intelligence to emerge.

But even some of the longtime advocates in the field say the zeal to find and treat every ADHD child has led to too many people with scant symptoms receiving the diagnosis and medication. The disorder is now the second most frequent long-term diagnosis made in children, narrowly trailing asthma, according to a New York Times analysis of C.D.C. data.”

Maybe you’re wondering why the big fuss; if the drug is working then why not use it? Studies have shown that Ritalin and Adderall have a more potent effect on the brain than cocaine.

Dr. Nora Volkow, psychiatrist and imaging expert at Brookhaven National Laboratory in Upton, New York, who led one such study, said that Ritalin injected into the veins as a liquid rather than taken as a pill, produced a rush that “addicts like very much”. She said, “They say it’s like cocaine.” Using brain imaging, scientists have found that, in pill form, Ritalin occupies more of the neural transporters responsible for the “high” experienced by addicts than injected cocaine. In fact, the researchers were shocked to discover that the average dose normally administered to children blocked 70% of the dopamine transporters, which is 20% more than cocaine.

Similarly, recent studies have shown that Adderall is an addictive prescription stimulant with neural responses and effects similar to cocaine.

What Can I Do?

As a parent it’s important to be aware of your options; ADHD is not a life sentence. With a few dietary changes and vitamin supplements you can help your child achieve their full potential.

Typical over-the-counter children’s chewable vitamins include sugar, artificial flavors and colors, as well as preservatives (all the things that you want to avoid). Find a reputable supplier that guarantees the purity of the vitamins and minerals included in their supplements.

In combination with diet, many parents report back a vast improvement in their child’s ADHD symptoms in conjunction with regular Chiropractic care. Although there might not be a cure, improving your child’s quality of life may be possible.